Hot start-up story–what can you learn?

Hot start-up story–what can you learn? 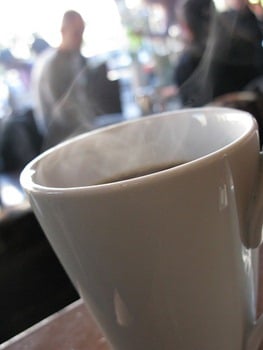 It’s an age old problem – you want hot coffee (or tea, cocoa, whatever)…but not too hot.  Oh, and you want it to stay the right amount of hot for the longest time possible.

Insulated mugs help some, but there’s never really been a great solution to this problem…until now assuming you believe the inventors of Coffee Joulies!

Coffee Joulies are big metallic coffee beans that have an interesting property of absorbing and subsequently generating heat.  They’re filled with something called a Phase Change Material that enables this process – but the net idea is that coffee with Coffee Joulies cools to 140° (ideal temperature) faster than it would normally cool and then stays at 140° significantly longer than it normally would.

It’s an interesting idea…but how the founders ended up launching the product and the business is even better.

If you’re not familiar with Kickstarter, it’s an online crowdsourcing platform where various ideas and projects are posted with the hope of generating funding to get off the ground. Each request has a target amount and a target date. If the target amount isn’t reached by the target date – all of the money that was pledged is returned back to the investors.

From a business perspective, the coolest thing about Kickstarter is that it’s a very low cost, low risk way to float an idea out to the world and find out if people are actually willing to spend money on it. The end result is much more powerful than a focus group or a set of interviews…people vote with real money – with a side benefit that you can use that money to get started!

Back to the Joulies story – the founders had worked up their idea, they created prototypes by hand and they needed to take the next step of going into production (if it was a valued product).  So in April of 2011 the founders of Coffee Joulies posted their Product Development request on Kickstarter.  They told their story and what they were looking for.  The request was for only $9500…as their information and video explains, that’s the amount needed to set up the first manufacturing production line.  A real manufacturing line would give them a feasible way to make the product in reasonable volumes (and at a profit).

Instead of establishing the request as an investment in the company or as a donation, they set it up as a presale – anyone who contributed money was actually buying the future product at a slight discount.  As an investor your risk was minimal, either you got the product or if they didn’t get enough money to clear the threshold then you got your money back. 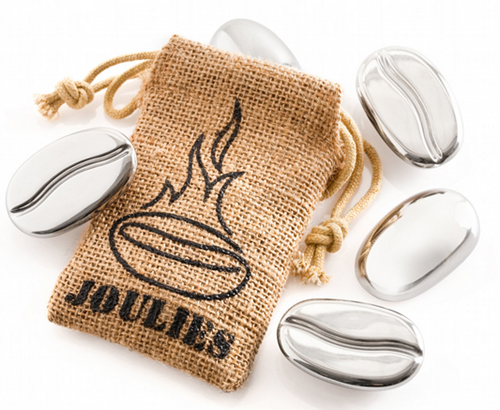 Their plan worked beyond expectations – they asked for $9500 and ended up with over $300,000!  A major win in two ways – they received startup funding and an instant customer base right off the bat.

What they did right

Joulies is an interesting business case study – obviously you can’t declare long term success yet, but clearly they got off to a hot start and a lot of positive press.  Here are some quick observations on why they were able to get out of the gates so fast.

1. Simplicity – They weren’t offering a dozen products at launch…they only have 1 product and it’s a pretty straightforward idea.  How many things are you offering to your customers?

2. Focus on a clear market – Their product only appeals to serious coffee drinkers.  The imagery, the language, the messaging is designed to appeal to only that audience, which makes it much more impactful.  Who are you talking to and are you impacting them?

3. Dramatic Difference – They developed a solution in a new market…there is literally nothing else like their product currently on the market.  How is your product or service different?

As a business owner, a great way to learn is to keep watching what other people are doing.  Joulies will be an interesting story – they did a great job getting out of the gate, but now they have to successfully navigate a secondary growth phase.  There are already some public reviews that their product doesn’t perform up to their claims…and if that sentiment builds they’ll be done very quickly…no amount of hype can cover up for a product that doesn’t work.

Personally I hope they keep building on the momentum and I wish them the best.  It’s a great story and I’d like to see it continue – if you’re interested,  here are some additional lessons learned about the Coffee Joulies Startup from Eric Ries (author of The Lean Start-up).

Do you have a great product story to share?  Or thoughts about Coffee Joulies – leave a comment below, we’d love to hear from you.