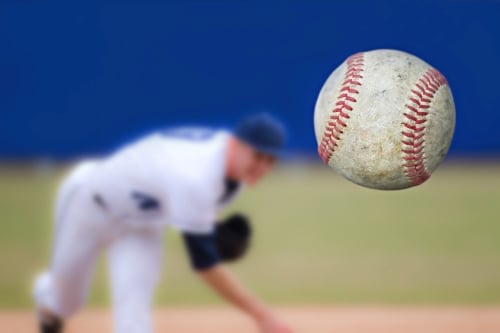 It is the last week of October and the Royals are still capturing the hearts of the baseball world.  It would almost seem sacrilegious to not pull another nugget from this team and help you apply it to your business.   This week, let’s focus on closing business (sales) – Lessons from Herrera, Davis, & Holland

This historic Royals team has a trio of relief pitchers that for the most part have simply shut down their opponents.   Their manager Ned Yost, is so confident in their ability to shut down the opposition he has even started the sequence of Kelvin Herrera, Wade Davis, and Greg Holland when the Royals don’t have a lead.  The H-D-H trio’s ability to close out a game is statistically rewriting the record books.   No team in MLB history has had two sub 1.50 ERA relief pitchers with over 60 appearances, the 2014 Royals have three!

Now let’s apply this to business….

This past week during a client meeting we were discussing a recent business transaction that should have netted a signed contract by now, but my client realized there had been breakdown in the selling process that prevented it happening.    One significant decision maker had been left out of the conversation and now instead of having a signed order, the proposal is being reviewed again by the customer and they were in the waiting stage of “we’ll get back to you”  with an answer.

My client had missed a step in his selling process when he made an assumption everyone was on-board with the project and didn’t specifically ask if all the decision makers were in agreement.  He assumed they were and expected an order instead of agreeing they were and confirming the order.  There is a huge difference.

You must have a sequence in your closing process…

Ned Yost, the Royals Manager, has been criticized for making some questionable decisions in his tenure, (lately, we’re all questioning him less 🙂 ) but rest assured he would never start the relief sequence of his three headed monster in the 3rd or 4th inning.  The team (or in your case, sales team) isn’t far enough into the game (selling process) to close yet.  The same is true in business.  If your sales team is trying to move to the next step of their selling process too early, they are going to be setting themselves up to lose.

When you have a good sales selling process you have a plan you follow.  It is repeatable and you use can use it over and over.    Do you always use every step?  No.  But you don’t go on to the next step until you are sure you have completed the previous one.

Sometimes you want to move on to the next step, but still have unfinished work on the current step you’re on.   For the Royals, this requires additional pitchers from the bull pen to work through those innings.   For a salesperson, this usually means spending more time asking questions, diagnosing the customer to make sure you have completed the step before progressing.   It is OK to skip a step, but success rates are a lot higher when the customer dictates that verses the salesperson trying to aggressively force it prematurely.

The Closer in action…..

Nothing is guaranteed, but the numbers don’t lie.  Greg Holland, the Royals final inning closer had 46 saves out of 49 opportunities in the 2014 regular season.   That is 93.9% close rate!   What would your numbers look like if your business had a close rate like that?

Wonder what Holland’s close rate would have been if he was routinely sent in during the 6th inning instead of the 9th?   That is exactly what you’re doing if you are not following a process when you are selling your product or service.   When you have a process for selling and follow it, the results will be there.  You may not win every time, but you will definitely improve your chances to #takethecrown.

This should be a great discussion to have with your sales staff.  Review your sales process.   Are you following a process like an “H-D-H” that increases your chances of winning?   We would love to hear your thoughts on this topic and any great stories of these amazing 2014 Royals.  We always appreciate your feedback.  Let’s Go Royals!