Have you ever been sunk by sunk costs?

Have you ever been sunk by sunk costs? 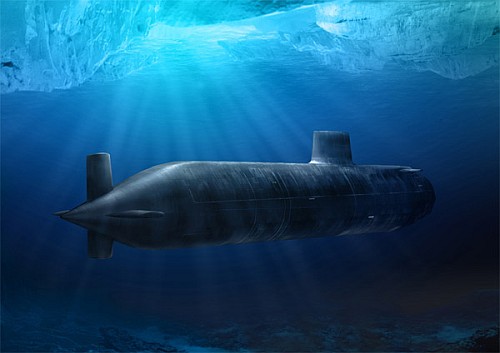 I’ve always been fascinated by the concept of Sunk Costs – it’s one of those discussions that intellectually most people understand – as long as it applies to someone else!  However when it comes to your situation, things aren’t always so clear.

Just so we’re on the same page, sunk costs are essentially old investments (time or money) that are now irrecoverable.  Logically they should have no bearing on any decisions going forward (they’re sunk costs that you can’t get back) however there is a very real psychological component that tends to impact decisions.

How often have you heard someone say something like:  “I can’t let Susie go, I’ve invested all of that time and money into training her”.   It’s not a rational statement, the only thing that matters is whether or not the business owner believes Susie is going to deliver more value than her future salary.  If the answer is no, then she should ‘let her light shine brighter elsewhere!’ as one of my old bosses used to say.

How do you catch yourself from getting caught up in the Sunk Cost trap?

Studies on the Sunk Cost Effect

A friend of mine – Wade Carpenter is the owner of Summit Wealth Advisors and he sends out a great weekly newsletter (you should ask to get on his mailing list).  Part of last week’s topic was on sunk costs – including an interesting reference to a Princeton study:

Sunk costs and mental accounting can be hazardous to your wealth. Let’s pretend that you just arrived at a theater and as you reach into your pocket to pull out the $10 ticket that you purchased in advance, you discover that it’s missing. Would you fork over another $10 to see the movie? Compare that to a second scenario in which you did not buy the ticket in advance, but when you arrive at the theater, you discover you lost a $10 bill. Would you still buy a movie ticket?

In these two scenarios, you effectively lost $10, but here’s where it gets interesting. Psychologists Amos Tversky and Daniel Kahneman of Princeton University conducted the above study in 1984. They discovered that only 46% of the study participants in scenario one said they would spend another $10 to buy another movie ticket. However, a whopping 88% of the subjects in scenario two said they would still spend $10 to buy a theater ticket.

According to the researchers, the reason for the huge discrepancy in behavior is that the participants in scenario 1 that lost the ticket mentally translated the cost of the movie as a $20 ticket which was not worth it to over half of them.

Wade’s newsletter was making this point because this type of thinking really comes into play when people evaluate stock performance.  I know I’ve been guilty of thinking “I’ll just hold onto this stock until it comes back to break even”  (as it turns out break even might never come…it can be an expensive way to look at things).

The other rational given by psychologists for Sunk Cost behavior is that people don’t like to admit mistakes.  People hate they idea that they ‘wasted’ time and money.  It’s not any more rational, but it does show up a lot.

What do you do about Sunk Costs?

Everyone’s at risk for getting pulled into a sunk cost trap, so what can you do to avoid it?

Do the math.  When it comes to financial impacts, you have to get into a habit of working the numbers based on where you are now.  Admit your mistakes, cut your losses, don’t throw good money after bad – all of those ideas apply and they’re a little more black and white when it comes to straight financial decisions.

Be mindful of why you’re choosing (or not choosing) to do something.  If it’s because you hate the idea of all the time and money you wasted on something.  If it’s because you’re hoping for a miracle turnaround so you don’t look like you failed, then you need to realize that you’re not making a rational decision.  It might be a blow to your ego, but admitting mistakes and moving on is how successful people get ahead.

Start at ground zero.  Approach difficult decisions as if you were just hired and handed a difficult situation to resolve.  You don’t care how you got here, you just want to make the best decision going forward.

What sunk cost traps have you run into?  How do you handle them?  Share your thoughts below.