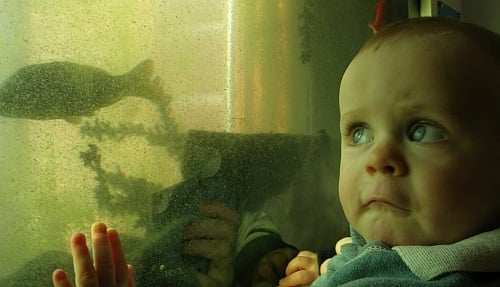 I came across three different blog entries today that loosely (alright…very loosely) fell under a convenient category of Fear, Uncertainty and Doubt (FUD – which according to Wikipedia here was first coined by Gene Amdahl after leaving IBM to describe the Big Blue sales approach.)

Anyway, as someone that’s observed a lot of Fear, Uncertainty or Doubt in the last 6 months (both from myself and from clients and other small business owners) it’s a topic that’s never far from my mind.

This first link is from Adam Sonnhalter – a fellow PBCA Business Coach from Cleveland that has a great post today titled “What Are You Worried About?”  Adam always does a great job getting to the heart of a topic in a very clear and straightforward way.

The focus of the post is on the natural tendency of many people to worry about things – often things that they have little to no control over.

Imagine if we were able to bottle up all that negative energy spent on worrying and put it to some good use. Heck, what if we could bottle up only 10% of it? How much better off would we be?

I think you’ll be amazed how much more you can get done when you focus your time and energy on things you can impact.

As Adam points out, one of the big benefits of working with someone like a business coach is the opportunity to get some perspective on what’s keeping you up at night.

I’ve never met Tim Brownson, but I like him a lot!  He’s a really funny guy that happens to be a life coach in Orlando Florida and he writes a must-read blog called the Discomfort Zone.

His post today – Chunky Monkey builds a Plane, does a great job of painting a picture of how most of us feel overwhelmed.

The double whammy with feeling overwhelmed is that it can often lead to paralysis and inaction at exactly the time we need to do be getting stuff done. Which in turn leads to more crushing feelings because work just keeps piling up.

I sometimes think that overwhelming feeling is the price you pay for having an imagination and the ability to see the big picture.  However as Tim points out, a great strategy for dealing with that feeling is to chunk the work up into manageable pieces.

That’s all chunking down is. Taking a large task and breaking it down to smaller tasks and making sure your focus remains on the individual task at hand. Nobody get’s overwhelmed at having to order some rivets, but the thought of such a huge undertaking as building a plane, is an altogether different matter.

It’s not rocket science, but it’s always nice to have a reminder that you don’t have to do everything in one fell swoop (everyone should use ‘fell swoop’ in conversation at least once a day…!).

Fear of…appearing to be a Salesman?

Lastly, I read another interesting and entertaining post from my friend Rich Delaney from 2020 Marketing (Rich – you need to get a link from your blog to your website….) who recently attended a seminar from a professional that didn’t want to be pushy (or appear to be selling).

In his post:  I don’t want to be pushy about selling, Rich was surprised by the woman’s reluctance to ‘push’ her product / service.

I asked her why she doesn’t put them into her presentation to increase the understanding of the profitability payoff. “Oh no, that would come across as too pushy. If they want to see the testimonials they can go to my website and read them.” I slowly lifted my chin off of the floor and moved on.

Rich correctly points out that this is potentially costing sales or at least prospects, but on the flip side, I have to say I have a lot of empathy for the professional that doesn’t want to be viewed as ‘the salesperson’.  It’s a fear that I’ve dealt with for a long time and I’m just now starting to come to grips that you can sell and not be ‘That Guy’.

The key (for me at least) was recognizing that I’m offering a service that’s a huge benefit to people and I owe it to them to get myself out there and make them aware of my business.

It’s easier said than done, but talk to people, get a business coach (  😉  ), plan your work and work your plan, keep things in perspective and recognize that you are valuable and adding value.

I am an old man and have known a great many troubles, but most of them never happened.  ~Mark Twain

What fears are keeping you up at night?  Share them here – I bet we could help you.