Can a habit lead to success? 3 ideas to help

Can a habit lead to success? 3 ideas to help 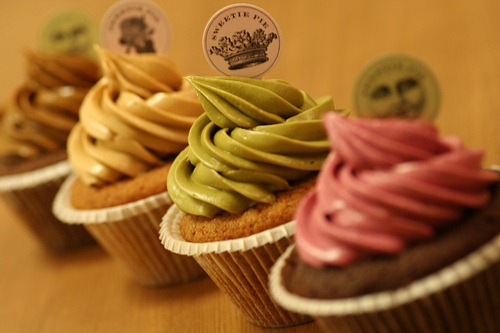 I’ve got a weakness for chocolate.  In fact, I’ve developed a bad habit of finding something chocolate to eat pretty much every day.  It could be one of those Ghirardelli squares (love the ones with caramel), a cupcake…even a few M&Ms will work.

As habits go, this one is fairly harmless – sure it’s not good for me, but it’s not a huge amount and it’s reasonably controlled.  Still…it would be good for me to break this particular habit.  Which ties in well with conversations I’ve been having with several clients lately on how to create (and break) behaviors and habits.

Habits are critical to success, because once you’ve established a healthy habit, it’s like getting stuff for free – there’s really no willpower involved at that point.  Ask anyone who works out all the time – maybe inherently they enjoy going to the gym…but realistically all that did was make it easier for them to build the habit of going to the gym.  Now if they miss going to the gym it bothers them and they will find a way to make it happen.  That’s the power of a positive habit – it starts working for you rather than normal behavior that works against you.

I love the quote attributed to Aristotle:

We are what we repeatedly do.  Excellence, then, is not an act, but a habit.

How do you build (or break) habits?

The good news is there are a lot of powerful resources out there to help you figure out what might work for you.  Here are a few that I found helpful:

There are a lot of top notch ideas on personal effectiveness and creating positive habits on Leo Babauta’s blog ZenHabits and from his book The Power of Less.

For starters check out this post on 2 Simple Ways to Create New Habits.

Beyond just being a funny guy, Jerry has also developed (or at least made popular) a process that can help you follow through on an important activity every day.  There’s a story behind it, but essentially the recommendation is to identify the behavior you want to create and then use a visual aid to help you track your progress – specifically Jerry used a large wall calendar with red X’s marked when he did his daily writing.  Once you get a chain of X’s you won’t want to break your streak and you’ll be motivated to continue.  Repeat until you’ve created a habit.

As an added bonus, there’s a really cool (and free) online app that can really help you apply this idea across your most important activities – check out irunurn.com

Apply some science to it

Finally – you might want to look into a new book called: The Power of Habit by Charles Duhigg.  This New York Times writer did a lot of research and worked with scientists to pull together why habitual behavior occurs and what you can do to change it.

He simplifies it down to a simple process that starts with a cue, or a trigger which leads to the behavior itself…which is followed by a reward.  In order to change a habit, you have to understand all 3 components and then identify the right change(s) to make.

Here’s a good summary on the book from Brain Pickings – The Power of Habit.

What behavior do you need to start doing on a regular basis?  What do you need to stop doing?  Have you found a great way to make changes that stick?  I’d love to hear your thoughts in the comments below.