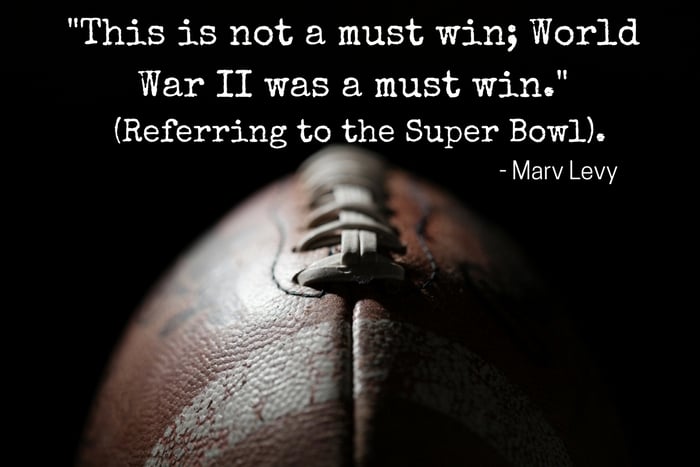 Another Super Bowl is history.  Whether you watched it for the football game, the commercials, the halftime show or all the above, the Super Bowl is arguably the most hyped annual event of the year.  Even though NFL viewership is down it is still estimated that well over 100 million people tuned in for the event.  If you were part of the 100M or not, there are some great lessons for business owners in the annual event that Lamar Hunt coined as the Super Bowl.

Some of the following may have more significant correlations to specific bowl games over the last 50 years, but examples of these have usually proven to be part the fabric of what is now America’s most celebrated unofficial national holiday.  This year was definitely no exception.

Have an annual event(s) people look forward to.

The Super Bowl is more than just a game it is an all-day event, even if you don’t leave your house.  In your business, whether it is limited to an annual event or something on a more regular basis, do something consistently that you can build traction from.  It could be an Open House, an educational newsletter, pod cast, or blog article.  How about a how-to series on You Tube or a workshop demonstrating your latest product or service?   The secret for success is doing it with consistency.  How successful would the Super Bowl have become if the NFL’s strategy would have been to randomly play a final game depending on how things are going that year?

Have a strong bench.

Developing your future leaders is critical for business success.  Having reserves ready to step in when needed can never be underestimated.   Both of this year’s Super Bowl teams had significant setbacks with injuries this season.   But for the Eagles, the list was especially extensive.  They lost a number of key players over the course of the year, some for a few weeks, and others for the season, including their star Quarterback, Carson Wentz who was on track to be the League MVP.  They didn’t use that an excuse to fail but used it as inspiration for resilience and to bond together as a team.   The future is never guaranteed.  Apply this to your own company, regardless of the size, and think about ways to cross-train, identify future talent both inside and outside your business.  Build a strong bench.

Don’t be afraid to take a few chances.

Every year there are one or two plays that really stand out as the times that a team took a chance.  They don’t always work out, but when they do, the payoff is usually big.   There were several examples of that in this year’s game, but the one the will probably be talked about for years to come is the touchdown right before halftime.   What is often overlooked in these “chances” is that there is lot of preparation built into them.   Don’t be afraid to take chances, but include some thought and preparation in your decision.

There are always tons of back stories leading up to the big game, one focus is the personal stories of how members of the team eventually came together.   This year was no different.   Jake Elliott, the Rookie Kicker for the Eagles had never even played football in High School. He was first noticed by his high school football coach when he won a contest at a pep rally kicking a field goal.  Today he holds the record for the longest kick by a rookie in NFL history!   Quarterback, Nick Foles almost retired after being cut by the Rams just 24 months ago.   12 months ago, as a backup QB for the Chiefs he was traded to be a backup QB in Philly.  Today he is the MVP of Super Bowl LII!   Every business has good stories to tell.   They are uniquely about your business and the people in your business.   They’re your exclusive stories, tell them!

What about you?   Have you ever discussed an event like the Super Bowl with your team and thought about how you could apply one of their winning strategies to your business?   If you did watch the Super Bowl what was your favorite part?  Did you have a favorite commercial?  What did you think of the JT halftime show?  Did you wake this morning a fan of “This is Us”?

As always we value your comments in the space below.