6 attributes to build a business and not a job

6 attributes to build a business and not a job 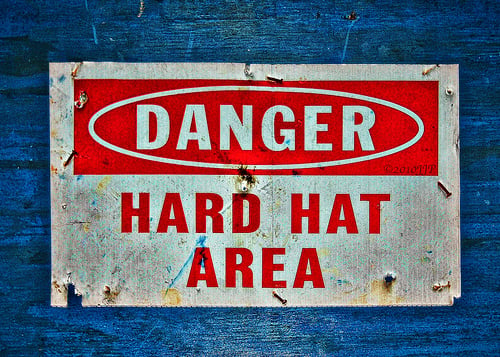 This past week I had the opportunity to tour a new dealership location.  It was a bit of a reunion as I had not seen the President or his General Manager in over 7 years.   And though our visit was pretty brief, I was reminded of the hard work it takes to build a business.  More directly, I witnessed first hand many of the attributes that make some businesses successful and others struggle or even worse, fail.

It started with a call 20 minutes before I was to arrive, just to let me know they were paving the parking lot (they’re in the middle of a major construction project) so I would know how and where to park when we arrived.

It reminded me that the little things are important.

After exchanging genuine firm handshakes that let both parties know they are glad to see each other and your time is important; we then toured the new building that is about 30 days from completion.  You could sense the pride from our tour guide (the President) as we walked from one area to the next, and you could not help but be excited and happy for him.   Everything was state of the art, from the layout of the offices, to the efficient heating technology in the shop, and all things in between.  Each area had been carefully thought out for best uses of space with room for future growth.    We could just see the culmination of best practices being designed into every phase as we walked from room to room.

It reminded me to constantly be looking for new ideas.

Shifting gears we headed over to the existing building, which has been the dealership’s home for over 30 years.  The first person we met was a gentleman at the Parts Counter.  I learned he had left for a short period of time, but returned.   It sounded like the management team may have recognized the value of his contributions while he was away and both their customers and other members of the dealership were glad to see him return.    The next station we walked past was the office manager’s,  I learned that she was now the highest tenured employee in the company, which has to be over 20 years.

Those two individuals reminded me of the value of having quality employees.

Then we met the Corp. IT Manager.   His room was stacked full of servers and monitors and wires running everywhere.   It was a long ways from being the environmentally controlled room one would expect to see and I now had a better understanding why observing the computer room in the new building was overtly stressed during the first phase of our tour!

It reminded me you can still do an awful lot in less than ideal operating conditions.

Finally we ended up in the sales office.  On the wall were plaques that told the stories of the monthly volume leaders for the last 15 years or so by the names engraved under each month.   Many of the names were people who were no longer there, some had been promoted to other positions, others simply didn’t fit for one reason or another.   Some left on their own; others left because of the those words Donald Trump has made famous…”You’re Fired”

It  reminded me that no single person is bigger than the business as a whole and you must strive to keep the right people in the right seats on the bus at all times.

There were a couple other points that are worth sharing.  This location is 1 of 8 under this ownership’s umbrella.   And although this was the first, almost every other location had been built new from the ground up at some point over the last 25 years.  So it was very hard for one to think this owner has not put his employees first when those who worked in the other dealerships all had much newer facilities than what he had.  One final thing….that new state of the art building, it will have an office for the founding dealer principal and I am sure it will be a nicely appointed office, but he now only comes in about once every 30 days.

It reminded me of the importance of building a business and not a job.

So what do you think?   Do any of these attributes sound like the business you are building?  Would you like to build a company like this?   Please share your thoughts on other notable attributes for a successful business.