Are You Too Close to See?

Are You Too Close to See? 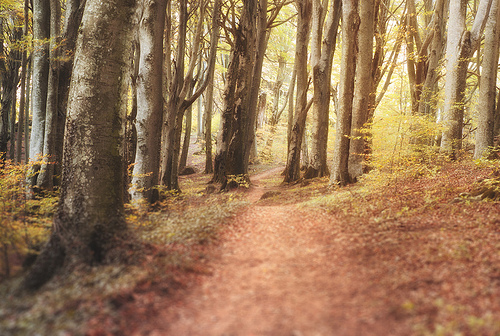 Forest for the Trees photo by Danielle Zedda via Flickr

With the terrible events of this past week we were all reminded to be more aware of our surroundings.  “Vigilant” is the adjective most often used to describe this level of heightened awareness.    It was a heightened awareness of surroundings that ultimately led to the successful capture of the younger suspected Boston Marathon terrorist.   As citizens, if we go through life with blinders on danger can be right beside us and we may not even see it.  Ironically, this is also true in business.

Have you ever sat in the front row at a movie theater?  There is a reason they are typically the last seats to fill.  It can vary by theater, but when you’re that close, you struggle to see everything happening on the screen.   From this vantage point, especially in a high action film, your neck and eyes will get a workout trying to follow all the movement in and out of each scene.   Frankly, the movie you’re watching is not the same movie your counterparts are viewing a dozen rows behind you.  You may marvel at the extreme close-up of the lead actor’s nose, but you likely won’t easily see the big picture.

You’re simply too close to the screen.

This is precisely what often happens when business owners spend too much time buried in their business.    The company they so passionately created and built has pulled them in, mounted a set of blinders on their eyes, and literally made it impossible for them to see their business as a whole.   They tend to gravitate towards the areas that are most comfortable for them, and disregard other vital areas affecting the company’s bottom line.   Add the element of stress and they are even more likely to increase the focus on the comfort zones of their business.

If you can’t see the whole screen…

….you can’t see your surroundings either.

Recently, during a meeting with a business owner, our conversation uncovered a way to increase the business’s bottom line significantly with a relatively minor change to the current business model.   It turns out the opportunity had been there for at least a year or longer.   The owner knew it was a change that would help the business, but mentally had developed a list of reasons of why it wouldn’t work and had a strong fear of what might happen if the change was implemented.

So instead of doing anything about it, the business owner essentially moved up to the front row of the theater, put on blinders, and focused on a different part of the screen.  On areas they were more comfortable with.

Once we talked through the potential risks of making the change, it was clear what the next step was.  We put together a list, by priority, of what needed to happen and who needed to be contacted in order to initiate this change.   Achieving resolution with each step; meant moving to the next.   Within a couple weeks the change was in motion and it appears the increase to the bottom line will actually be even more rewarding than we had originally estimated.  Without being able to step back and see the whole picture, this change would have never happened.  (Side note – that’s an important benefit of business coaching…being able to see everything and see it with a different perspective).

This week as we continue to remember all those who were affected by the events in Boston and West, TX remember to take your blinders off and be vigilant in not only your surroundings as a citizen, but in the way you approach your business every day.   Sometimes the best way to get a better view is to simply take a few steps back.  God Bless America.