Are you measuring what’s really important?

Are you measuring what’s really important? 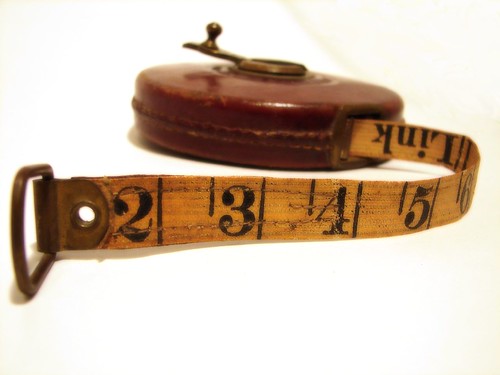 There’s a popular business saying that “What gets measured gets done” – it’s attributed to Peter Drucker, Tom Peters and other business management experts.

On the surface, it’s a common sense kind of statement – obviously if you aren’t measuring specific results, you can’t manage the outcome…picture playing a fast-paced basketball game where score isn’t kept, at the end of the game should you hold onto the ball and work the clock?  Or should you foul the other team and try to score as quickly as possible?  Without a score there’s no way to tell.

However there is an implication there’s a clear answer of what needs to be measured.  I would suggest that for many small business owners, what should be measured may not be obvious.

Most business owners, if they measure anything, measure revenue, profits or some combination…and often that’s all they really measure.  Sometimes this has an unexpected effect on how employees behave (especially if they are compensated on what’s measured).

As an example, if you’re measuring only top line revenue, the implication is that the most important thing is to increase sales at any cost…even if it’s low or no margin business.  (Will you make it up in volume???)  For most business owners, that’s not really the most important thing, but it’s not always clear what should be measured (and used for incentives).

I recently finished Simon Sinek’s book Start With Why, which has a lot of great ideas in it, but I especially enjoyed one of the last couple of chapters where he illustrated some different ways of business owners measuring key things.

The first example he shared was a collections agency – Bridgeport Financial, created by Christina Harbridge who started with the idea of some other way to help companies collect money than the traditional harassing tactics that are the industry norm.  She believed people will respond positively when treated with respect and integrity.  So instead of measuring and incenting employees based on the amount of money collected, she incented them based on the number of thank you notes they sent out.  Ultimately she created a culture that valued and listened to individuals – despite the fact that they owed money.

The result?  Bridgeport collected more than 300% over the industry average!  Even better – the people in collections ended up doing more business with the companies they owed money to…they felt respected and valued and responded by paying what they owed and doing additional business!  Not a typical outcome for a collections situation!

A lot of businesses will talk about how they value work-life balance, but very few really make that tangible.  However, Honoré Construction in Louisiana has found a way to reinforce their core value of the importance of family by measuring and enforcing time spent at work.

Employees are required to clock in between 8:00 and 8:30…and required to clock out by 5:00 and no later than 5:30.  If they are working outside of those hours, they forfeit the opportunity to participate in a bonus sharing program!  This approach has built in a sense of urgency during work hours…the employees have a hard stop every day and know they have to be productive while they’re at work.  And they can enjoy their time outside of work, knowing they’ve done a great job for a company that values their time!  Productivity is high and turnover is low…clearly strong results!

What do you measure?

Are you encouraging any particular behavior in your business?  Could you start measuring one of your key core values?  Would it conflict with profitability as the most important thing?  There’s nothing wrong with measuring profits and revenues…in fact I would argue you can’t successfully run your business without that kind of visibility.  But that doesn’t mean it has to be the bottom line driver for what you’re all about…in fact as shown by the examples above, you may be better off by finding WHY you do what you do and measuring up to that.

Do you have any examples of companies that measure some different things?  I’d love to hear your thoughts on what’s important at your company – share them in the comments below.