Are parts of your marketing a tough challenge?

Are parts of your marketing a tough challenge? 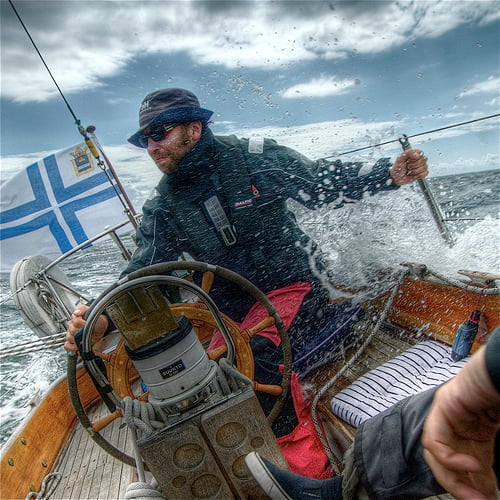 There are times when we make things harder than they have to be.

It can be really hard to grow your business – when you’re still in the first couple of years, not only are you doing all the work but you’re still going through a major learning curve.  When you’re more established you’re even busier doing the work and it’s likely that you’ve picked up some bad habits or you’re just exhausted from stress and working long hours.

Either way there are a lot of challenges, but at least a few of those challenges end up being self imposed.

Let me give you an example that came up during this morning’s peer group advisory board meeting.  The group is in the process of doing planning for 2009 and today one of my clients was presenting his marketing plan to the group.

Overall he did a great job pulling the plan together and he got a lot of good feedback and few ideas that he hadn’t previously considered but the most interesting part of the conversation was on 2 points in the plan that he was clearly conflicted on.

The first thing that came out was a fear / discomfort about how much he charged for his services.  When I challenged him on it, he agreed that compared to all the competition he was reasonably priced, but still felt uncomfortable charging his price with new prospects. (he agreed it was kind of an irrational fear).

Fear over product or service pricing is pretty common, but the group agreed that most of the time it’s a manufactured fear and that it’s not something that clients are likely to have a problem with (especially if you have a quality product / service and you know you’re priced competitively).

In fact, the suggestion was made to challenge yourself to raise your rates until you get a prospect that turns you away because you’re too expensive.  If you never hear any pushback on rates, you are probably leaving money on the table (possibly a lot of money…).

Considering that a price increase flows entirely to bottom line profitability, it’s always worthwhile to challenge your pricing assumptions and probably something you should think about on a regular basis.

Stuff I Have To Do…

The other thing that came up was a discussion on cold calling.  The marketing plan listed 5 or 6 key strategies that were going to be the focus for next year – including Cold Calling at the bottom of the list.

It was obvious from the way the plan was covered (and from previous discussions) that cold calling was something that he really dreaded doing.  It’s not a natural fit for his personality or style and it really hasn’t proven successful over the last 6 months, however conventional wisdom and advice from others in his industry convinced him that cold calling was just something he had to do.

However, the point was made in the group that if he really didn’t want to do the cold calling he’s better off investing that time and effort towards a marketing strategy that he’s comfortable with and more importantly, excited about.

As an example, he could:

(By the way, none of these ideas were on his original marketing plan).

The end result was a determination to be comfortable with his pricing – and possibly consider raising it, and stop sweating a marketing strategy that he didn’t like or believe in and replace it with some other strategies that he could get excited about.

All in all, it was a worthwhile meeting.

I’d love to hear if there are things about marketing your business that you hate doing – but you’re doing the hard work to do them because you’re ‘supposed’ to.  Share your thoughts here.