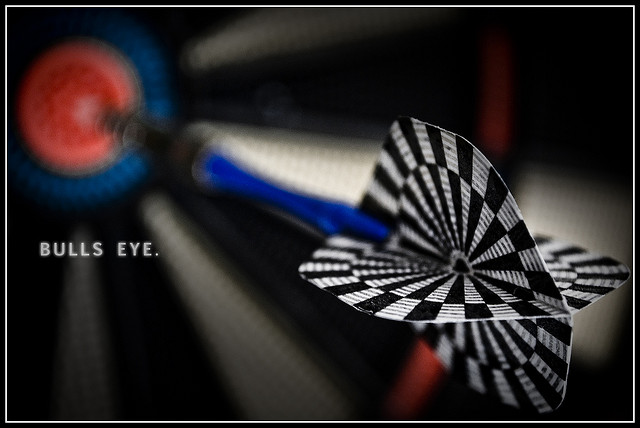 One of the ‘secrets’ to a successful small business is having employees who are aligned with what you’re doing, engaged, and enjoy working with you and your team. We’ve all experienced businesses where the employees are clearly just showing up for the paycheck and don’t care at all about what they’re doing – that’s a business on life support. It’s equally easy to see when employees genuinely like and believe in what they’re doing…and that makes all the difference.

It’s an easy observation to make – the real challenge is what can you do to that will help drive that engagement? Here’s an idea from a friend of mine – I’ll share the idea and then I’ll dig into why it works, which might help you come up with your own variation.

Ben Brasel is the founder of Benjamin Lawn and Landscape and has a successful, growing business that primarily operates around the Prairie Village area here in Kansas City.  It can be challenging to find and keep great employees in the Lawn and Landscape industry. It’s hard work and very competitive, a situation that lends itself to a lot of turnover and often unhappy employees.

However Ben has figured out a few things that are making a big difference with his employees and his clients. The best example is a weekly game that he plays with his staff that he calls Gratitude Darts.  Here’s how it works:

At the weekly team meeting, bright and early, Ben reads the comments and thank you notes from clients from the past week. For every ‘Thank You’ or compliment from a client, the team member (s) responsible for the service gets a dart.  On top of that, team members also have a chance to call out their team mates to thank them for something they’ve done over the past week – which gives a dart as well.

At the end of the session, maybe 5 to 10 minutes later, most team members have at least one dart and a few might have several.  Then they take turns throwing at a target and who ever’s closest to the bulls-eye wins a gift card ($5 to $10 to a local store). The game then winds up with a few final comments and everyone is on their way out to help the next round of clients.

The results?  The team has a blast at their weekly meetings and although they’ve only been doing this for 3 or 4 months, Ben has already seen a huge lift in employee’s spirits and how well the team gets along.  He’s also seen a noticeable lift in their focus on helping clients and being engaged in the work that needs to be done. The company also recently won The Best of KC Pitch award for 2015 – maybe not directly because of this idea, but it’s another indication that they’re headed the right direction.

You may or may not be able to implement something like Gratitude Darts in a similar fashion to what Ben has done – that depends on your industry and the overall personality and culture of your company. However, you can certainly implement something that shares the important characteristics – here’s what you need to think about:

1 – What’s important…what do you stand for?

Ben and his wife Heather identified early on in their business that doing great work and making their customers happy is key to their long term success. They’ve incorporated that into pretty much everything they do – from sales, to scheduling, to doing the work and following up. Gratitude Darts directly reinforces this idea and is one more way to focus the team on what’s most important – client satisfaction.

A big reason why this works in their environment is because the staff is naturally competitive with each other and they enjoy the good-natured opportunity to show each other up. Darts are kind of an equal opportunity kind of skill that anyone can at least hope to be lucky at…and they’re just inherently fun to do as a group.  And because the prizes are small and weekly, it doesn’t feel like there’s a lot on the line, so the team just enjoys it for the fun and somewhat silly competition that it is.  If they had made it a big dollar prize, it likely would have backfired because people would have started trying too hard to win all the time. Which leads to…

3 – Don’t take it or yourself too seriously

In order for something like this to work, it has to feel somewhat natural, it has to be simple and you have to not make too big a deal out of it. Owning and running a business is often hard, but sometimes we make it more difficult than it needs to be. If you’re clear on what you’re doing, if you care and genuinely want to help your clients and your employees…that attitude will show through and it’s okay to just have fun now and then. If you know Ben and Heather, then you know that they check off all of those boxes in spades. They are building a great business, but more importantly they genuinely care about their employees and creating a great outcome for their clients – the real secret behind their success.

Do you have your own version of Gratitude Darts? If not, what would it take to implement something like this in your world? I’d love to hear your thoughts – let me know when you get a chance (and thanks to Ben and Heather for letting me share a bit of their story).