A Checklist for the New Year?

A Checklist for the New Year? 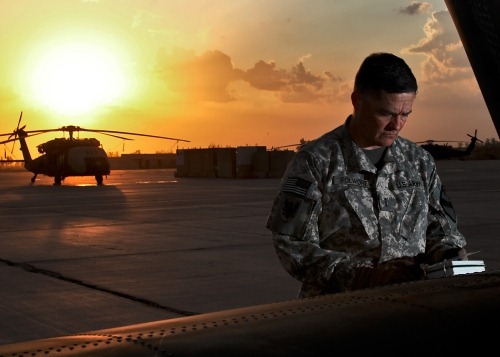 One of the things we work on with our clients and business owners is developing systems for their business.  It’s critical to build a systematic approach, figuring out the best way to do something and making sure it’s done that same way consistently…regardless of who’s doing the work.  Often the easiest way to rollout that kind of systematic thinking is to develop a checklist.

I just finished reading The Checklist Manifesto by Atul Gawande. It’s a great read and a lot more entertaining that I thought it would be.  Gawande is a medical doctor who decided to investigate the effectiveness of Checklists and how if they could be applied to the medical profession.

My experience with doctors is that they traditionally aren’t great writers or story tellers (although to be fair, I would much rather they be great doctors first…).  Having said that, Dr. Gawande writes in a way that makes it very easy to read, telling several stories to help illustrate his points.

He begins by clarifying the difference between errors of ignorance (when we don’t know enough) and errors of ineptitude (when we don’t use what we know properly) Then he leads you through the findings of his research he accumulated while writing the book.

He started with the aviation industry and Boeing…where they have championed the idea of effective checklists for over 75 years.  It’s not by accident the chance of dying in a plane crash is 1 in 25 Million. If there is the potential for something to happen in the air, chances are pretty good there is a checklist nearby the pilots will be able to refer to.

What his book points out is that it isn’t that people don’t know what to do. It is that it’s almost impossible to be prepared on your own…to know what to do under any circumstance without a framework to refer to. He isn’t discounting anyone’s knowledge; it is having a guideline that keeps you from missing the obvious.

If you are a fan of Van Halen, you will learn the real reason that David Lee Roth requested all the brown M & M’s be removed from their candy dishes back stage. It had nothing to do with his ego. Another great story is Walmart’s ability to respond after Katrina flooded New Orleans.  Both stories driven by the power of using checklists in creative ways.

Building a checklist doesn’t have to be overly complex – here are the 3 high level steps:

A couple of the take-a-ways on building a checklist is to keep it simple and talk in the language of the people who will be reading it. He even provides a Checklist for Checklists to help guide you through the process.  Obviously he’s a pretty methodical thinker…but he’s also an interesting guy – check out this interview he did with Stephen Colbert to get a better feel for why he’s so interested in this topic (and why it makes sense for you as well).

Could you implement some checklists?

The challenge with implementing Checklist with professionals in any industry is that you risk insulting their intelligence because they feel they already know all “the stuff”. Why do they need a list? I guess, that may be a question to ask the 155 people of Flight 1549 who landed safely on the Hudson River on Jan. 14th, 2009.

As you start the New Year are there areas in your business where using a simple Checklist could reduce the chance for errors?  If you need some help, don’t be afraid to ask. If you already use Checklists in your business, I would love to hear some success stories – share them below.

Photo by The U.S. Army