A Case Study of a Business on the Brink

A Case Study of a Business on the Brink 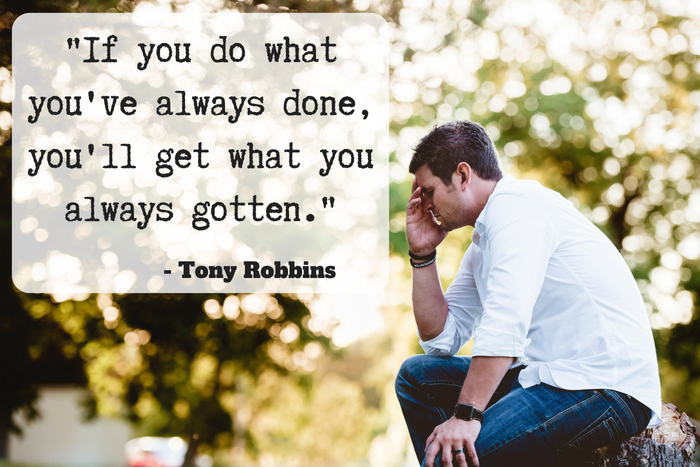 Sometimes a business struggles because there’s a lack of demand (or at least a lack of sales).  This could be due to poor marketing (or no marketing).  It could be a sales issue – not being able to close deals, or it could be that the product or service just isn’t that good.  If it’s that last one there’s not much you can do to fix it short of a major overhaul or just starting over.

But a lack of demand types of problems don’t actually happen all that often.  The reality is that you’re unlikely to get a business idea off the ground if there aren’t potential buyers – so if it’s a problem, it’s one that’s identified quickly and either resolved or the owners move on to greener pastures.

The much more likely problem facing a business owner (especially one that’s in the first 4 or 5 years of business) is an inability to scale the business.

What’s the impact of not scaling your business?

Here’s a great real-life example:  I got a call this week from a business owner who was 5 years into his business, making good money and was absolutely miserable and getting close to a breaking point.   The reason he called for help was because his wife insisted that he needed to do something to break out of the spiral that he was in.

Here are some more details:

This owner had started his business after working for someone who was extremely unethical and shady – as the guy in the field, he had all of the skills and resources he needed to help his clients and he could do it in the right way.  And he was right – he’s grown his business steadily every year, developed some great sales channel partners who are counting on him and he’s got more work than he knows how to handle.

Which is where the problems really start.

Most days he’s out quoting jobs, then designing the work, then implementing the work with different clients.  Then… at night he’ll come home and start working on invoicing, accounts payable and receivable, follow-up on any messages he missed during the day and generally just trying to keep his head above water.  This often goes until midnight or later… then he’s up early the next morning to start it all over again.

Sounds like fun, right?  I can see why his wife was making him call around for help.

If you’re struggling with scaling, there are a few places to look first if you want to get out of the death spiral described above.

This seems obvious but it’s where a lot of people get hung up.  In the example above, the owner has a couple of employees, but he only has them doing very specific things and they aren’t really addressing the bottlenecks.  In his case, for starters, he needs to find someone who can pick up all of the back-office work that he’s currently either not doing or doing late at night.  (He mentioned that he had a couple month’s worth of invoices that he hadn’t sent yet…).  This could either be a new employee or an outsourced provider – either will take some time to train, but will pay off big in the longer run.

It’s not easy to find the right help, but it’s definitely possible and without it your business is not going to scale.

Part of the reasons why his invoicing is so painful is because he treats each job like a unique and new opportunity.  And while I’m sure there is a lot of custom work that goes into what he does, the reality is that you have to start creating common processes into what you do or  you’ll become overwhelmed with trying to manage the chaos.  In this case, there should be a standard way to conduct a job – even if a job ends up with some customized parts it should still follow a common framework.  Think checklists, forms, a clear road-map on delivering whatever it is that you sell.

Ultimately your best bet is to streamline what you offer down to a handful of things that you’re best at delivering (and ideally the most asked for).  In this case, less is a lot more and your ability to scale will directly correlate to finding a way to simplify what you deliver and doing fewer things better.

Again this seems obvious, but once you get into a routine of doing something manually, it takes a real effort to find an app or solution that you can start using.  But the automation and ability to do a lot more without more effort pays off very quickly.  In the example above, this business owner was doing all of his invoicing and accounting on a spreadsheet and entering everything manually, multiple times.

It will take time and effort to convert to a new system and  you’ll have to learn some new things, but without doing it you’re pretty much guaranteed to get stuck.

The other thing that business owners who want to scale need to adopt is a mindset of continuous learning.  The world is changing too fast and there are too many opportunities out there that will be missed if you’re keeping your head down.  The irony of my phone call with this business owner is that he’s unlikely to actually make any of the changes needed because he doesn’t have the time or the desire to learn anything and if it’s not an instant fix he’s unlikely to change.  Hopefully for his sake that’s not the case because he has the makings of a really nice business.

What about you?  Are you trying to scale but feeling like it’s a constant uphill battle?  What are the 1 or 2 things that would make the most impact in freeing up your time?  Have you taken action on them?  If not, why not?  We’d love to hear your thoughts.