5 reasons why your networking doesn’t work

5 reasons why your networking doesn’t work 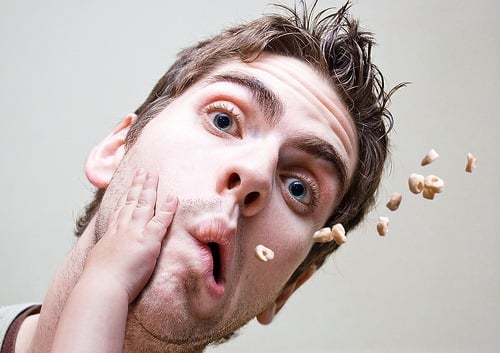 If you think networking is a waste of time and it doesn’t work…then you’re not doing it right! (how’s that for a slap in the face?).

As a small business owner, one area where you have a clear advantage over a larger company is networking (people engage with other people, not corporations).  One of the things that I recommend to every business owner is that they should be networking effectively.  Networking is inexpensive, it’s targeted and done correctly it can be extremely effective way to drive opportunities.

Think about this…when long term business owners talk about how they get most of their new leads, they will tell you word of mouth.  A chunk of that success comes from doing a great job with their customers, but a lot of it is having an effective networking presence.

The case is clear, you should be networking…but if you ask around, many business owners struggle with it!  Here are 5 things that I see people do all the time that’s killing their networking mojo.

It’s all about you

True story – met with a guy as a networking introduction the other day and started out by asking him about his business, how he got started, etc.  That was enough to set him off, his company, his products, his services, details, features…all of it.  One very long hour later when I let him know I had to leave, he asked me as I was getting up “Now what is it that you do again?”!!!

It’s unfortunate for him because I know several people who would be good business contacts for this guy, but I’m not willing to introduce him to any of them because he doesn’t get it and I don’t want anyone else to have to endure the painful time suck I went through.

Hanging out with friends

You make the time to go to a networking event and then when you get there you spend all of your time talking to people you already know.  There’s a time and a place for that, but unless you already know everyone you ever need to know, the point is to challenge yourself to meet new people.

Networking is about building a relationship…it’s not a 1 time quickie at a chamber event.  You can’t hurry networking…and you have to follow up if you are going to build a 1 on 1 discussion.

Only going to big events

Chamber events or other networking events are a great place to start…but if that’s all you do for networking, you aren’t likely to make much headway.  The real benefit from networking is when you build relationships with the right people…which you can’t do until  you start meeting with people 1 on 1.  Bigger events are there to help you find people to follow up with…the starting point.

If you want to build up trust and start a genuine relationship, then find a way to help the people you’re meeting with.  Make that the first thing you do (before asking for a favor, or an introduction or telling them about your product).  The motto of BNI (Business Networking International) is ‘Givers Gain’ – which may sound a little hokey, but it’s powered them to being the largest business networking  organization around.

I’m a firm believer that giving can help you build your business – so the next time you’re talking to someone 1 on 1 or at a networking event, ask them, genuinely, how you can help them…and then follow through!  You’ll be surprised at how it works.

Are your networking efforts paying off?  Are you building quality relationships with business contacts who could make a real difference to your business?  Are you doing any of the 5 things listed above?  Let me know your thoughts on networking – did I miss the boat?  Did I miss some other big issues?  Leave me a comment and let me know what you think.