3 Ways to shoot yourself in the foot!

3 Ways to shoot yourself in the foot! 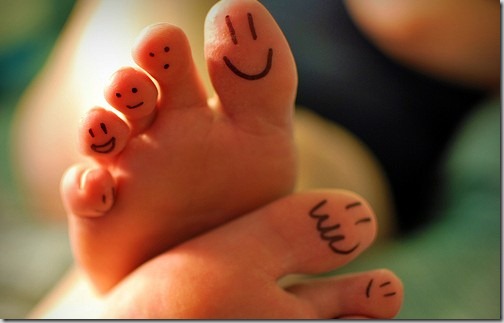 It’s an interesting phrase, but what does it really mean to ‘shoot yourself in the foot”?  According to the Using English website it means the following:

If you shoot yourself in the foot, you do something that damages your ambition, career, etc.

Self inflicted damage!  Just the kind of thing you’d like (and should be able to) avoid when it comes to growing your business successfully.

It’s always great to learn from the mistakes of others, so I thought I would pass along a few self-inflicted business mistakes that I’ve seen recently.  These are based on examples I’ve heard in the last week, but they are sadly fairly common situations and all of them will have a negative effect on a business (and potentially could be business killers over time)!

It’s always difficult to fire someone (or to ‘let them go’) and unfortunately it’s happened a lot in the last couple of years.  However there are ways to respect people even if you’ve decided that it’s time for them to move on.

Here’s an example of how not to do it!

A woman I know was recently asked to resign (or she would be fired that afternoon).  She had worked very hard for this company for 2+ years, was in an executive management position and well liked by other employees and by outside vendors and recruiters who worked with the company.

I don’t know why they let her go (she doesn’t either) and it really doesn’t matter – the real issue is how they did it rather than why.  On the day she was let go, (ironicly just a couple of weeks after being told what a great job she did the year before) the owner of the business made the decision to cut her and told his right hand person to do the dirty work.  The owner wouldn’t even talk to her, despite having a close working relationship for 2 years – there was no discussion, no severance, no explanation and the other staff members were told not to talk to her.

Because of they way the went about things, the process was very visible to other employees and to outside vendors.  Additionally there was no transition, so all of her responsibilities were dropped – especially since the primary person reporting to her quit the next day.  In fact it was bad enough that recruiters said  that based on the way she was treated they wouldn’t recommend any of their better candidates to work at that company going forward.

So they alienated employees, created a situation where the laid off employee is bound to hold a grudge, feel bad and tell everyone what a crappy situation it was…and the sad thing is that it could have been avoided with a little planning and some common decency!  It’s hard to find good people…but it’s even harder when you have a reputation for treating people poorly!

The company may have had a great reason for firing her, but even if that’s true you have to respect people.  The only exception I can possibly think of is if there was a criminal issue (and there certainly was not in this case).

Mistake #2 – Not responding or following through

It seems like you’re always busy with a thousand things to do.  People are sending you emails, leaving you voicemails…you try to prioritize and hopefully you get to the ones that are really important, but the reality is that you are only getting to about 1/2 of what you should be doing and that’s on a good week!

To make matters worse, you have people contacting you because they want to buy something…or they showed real interest in what you do at that networking event a couple of weeks ago and you can’t find the time to get back to them!

Networking and word of mouth definitively don’t work when you’re not responsive!

You may have a full plate now, but in a few weeks you’re going to be scrambling for customers or networking connections and you’ll wonder why nobody wants to interact with you.

You don’t have to respond to everyone, but if you have a potential customer or a potential strategic networking partner, you must have a system in place to follow-up or follow through in a timely manner.  Not doing so makes you look unprofessional at best and likely leaves people saying less than flattering things about you.  If you can’t respond to an email or voicemail, how can you deliver service to them or the person they were going to refer you to?

Mistake #3 – Not having a plan and goals (in writing!)

Everyone has a plan for the year – you have goals, you have things you’d like to achieve and get done…but if you’re like most business owners (or professionals) somehow those goals don’t get written down or if they are written down they’re not SMART (Specific, Measurable, Achievable, Realistic and Timebound).

Here’s the deal – unless you actually write down those goals (making them SMART) and actually use them in running your business, setting your priorities and staying focused…your odds of actually hitting those goals is really, really small.

Here’s a post that I wrote last year on Business Planning that will give you some more specifics on a way to make this a useful and productive process.  There have been a lot of studies done that clearly show a common factor for successful people is actively planning and managing to written goals!  Nuf said!

What mistakes have you seen?

There are lots of ways to shoot yourself in the foot – these are just the examples I’ve seen in the last week!

What examples have you seen (in yourself or others)?  I’d love to hear some feedback and thoughts – share your comments below.