3 things to learn from the economic desert we’re in

3 things to learn from the economic desert we’re in 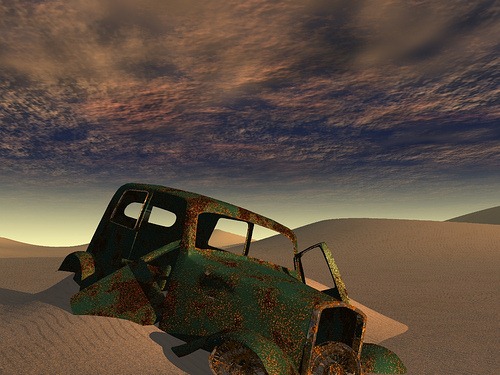 I ran across an interesting article on CNN Money that talked about how recessions don’t spark start-ups – essentially the number of new businesses that get started every year (at least over the last 30 years) is steady and doesn’t have any correlation to difficult times (or much of anything else).

The source of the data is a recent study from Kansas City’s own Kauffman Foundation:

Regardless of the dataset examined, each year’s total of new companies is consistent with other years, with annual numbers fluctuating only mildly.

It’s surprising to me at least there’s no apparent correlation to the economy, government policy, availability of resources or education – in general the takeaway is that at a macro level there’s a consistent number of new businesses formed every year.

So what can we learn about starting a business during difficult times?

There are at least 3 things we can pull out of this information.

1.  Entrepreneurs are a special breed!

Even during this severe recession, when the number of unemployed people are at extremely high levels, the number of people who are willing and able to become business owners is a small percentage despite a lot of people being incented to do their own thing.

You may not think of yourself as an entrepreneur, but if you own a small business – even if it’s just a business of you for now, you are an entrepreneur and you’re a driving force for the US economy!

2.  Tough times teach tough lessons that help you win in the long run!

Although there aren’t more new start-ups during recessions or bear markets – the start-ups that do start during rough times are more likely to thrive in the long run.  In another study from the Kauffman Foundation, “well over half of the 2009 Fortune 500 are companies that started during a recession or a bear market”.

Although there’s no solid proof as to why the overall success rate is higher, it doesn’t seem like a stretch to me that companies that start during difficult times learn right away how to keep costs down, how to creatively market with low cost techniques and the importance of maintaining a positive cash flow.  If your business is doing well in those 3 areas – you’re likely to have a great chance for success!

3.  There’s a lot of opportunity, despite / because of difficult times!

As mentioned earlier, there are a lot of really talented people who don’t have jobs right now (and even more who might have a job they hate because it’s paying the bills).  That opens to the door for smart businesses to find GREAT people.  And if there’s one universal law to business success it’s having the right people in the right jobs is a key to winning in the long run.

Additionally, the downturn has caused a lot of businesses to pull back into very defensive postures, minimizing their spending.  As I shared more than a year ago – one of the lessons learned during the Great Depression is that long term success went to  companies that innovate and keep marketing despite the economic climate.

Things will get better!

Actually depending on who you listen to, things may already be getting better when it comes to consumer optimism and a general turn-around for the economy.  A lot of people are predicting a noticeable uptick as early as the 2nd half of 2010.  It’s not going to be all wine and roses, but it’s never too early to start planning for growth and thinking about ways to build the right kind of momentum for your business.

What lessons have you learned during this rough stretch?  I’d love to hear your thoughts – share them in the comments below.