3 Myths keeping you from being truly productive…

3 Myths keeping you from being truly productive… 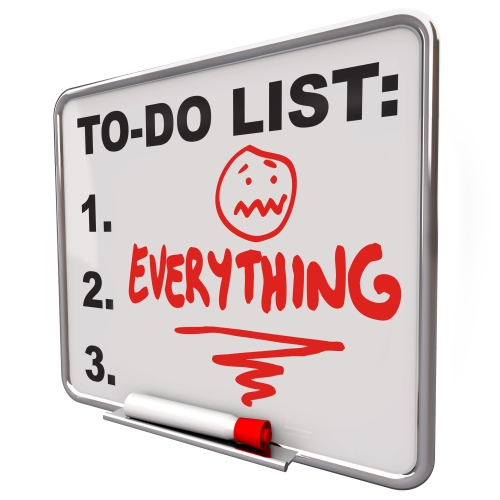 Ask almost any business owner or professional how they are and the most likely answer you’ll get is “Busy”.  The problem with ‘busy’ is that it doesn’t equate to productive (as in getting the most important things done) – it generally just translates to busy.

But ‘busy’ actually makes it really hard to think…to prioritize…to focus deeply and come up with new ideas, and if you’re not doing those things, then no matter how hard you work or how busy you are, you’re not going to be productive in the long run.

Over 100 years ago Vilfredo Pareto discovered what’s commonly called the 80/20 rule,  the Pareto principle or the law of the vital few…the idea that 80% of your results come from 20% of your actions. Whatever you call it – the gist of it is that not all work is created equal. In fact there are only a handful of things that you do that really make a difference – and real productivity comes from understanding and focusing ONLY on those things that move the needle.

If we know about the 80/20 rule, then why are we so busy?  Constantly improving technology and connectivity (always on and available) are part of the problem, along with a society that has equated success with long hours of hard work.

But even more than those reasons, there are 3 deeply held assumptions…myths really, that drive us to embrace being ‘busy’ over being productive. According to Greg McKeown – author of Essentialism – The Disciplined Pursuit of Less, those 3 myths are:

Let’s take a look at the impact of these myths:

How many times have you been faced with a pile of work that you either didn’t know how to do or didn’t want to do and yet you were still thinking “I have to get this done.”?  As a business owner or a manager the buck stops with you and it’s easy to fall into the trap that stuff just has to be done and it’s easiest if you just do it.

The reality is that you always have a choice – you may not like all of your options, but you still have a choice and it’s critical to remember that. It’s your ability to choose that ultimately allows you to be productive. Strategically some things are much more important than others and only the power of choice will enable you to steer towards the right things (and stop doing the less important things).

As mentioned earlier, Pareto made it clear that some things are much, much more important than others, but the average work environment doesn’t operate that way. Go into almost any team or business and ask them what’s important and they’ll come back with a laundry list of their top priorities – but if everything is important…then nothing is important. The reality is that you can’t do it all.

According to McKeown the Essentialist believes that almost everything is non-essential and works hard to distinguish the vital few from the trivial many. Spending more time and effort up front, really understanding a situation in order to drastically cut back on work, effort and time from the back end.

Get it right up front and stop wasting time on all of that stuff that’s actually not important. (Easier said than done, but critical if you really want to be productive).

I can do both…

The last myth is probably the most pervasive in today’s society. It’s the idea that we are somehow wired to be able to do multiple things at the same time…and at the same level of competence and execution.  On a personal level, this is the myth of multitasking (it’s been shown that someone multitasking is effectively operating as if they were drunk…about 40% impaired).  For a business the idea of “I can do both…” results in trying to please everyone – which as you likely know results in really pleasing no one.

We truly believe that we can do both because the alternative is making a difficult trade-off. Should I engage fully in this meeting or should I respond to these emails? It would save a lot of time and effort if you can just do both…but unfortunately it doesn’t work that way.

Southwest airlines made the choice and the important trade off of being the low cost airline. When passengers and the press pressured them to offer more flights, or meals on the flights they stuck to their choice of being THE low cost airline even though it alienated a few people. That trade-off allowed them to focus on what was really important for them – and be great at it.

The path of the Essentialist is challenging but fruitful

If you really want to be productive, Essentialism recommends the disciplined pursuit of less…which includes the following ideas:

Do these myths resonate with you? Do you find yourself working really hard and still not really getting things done? Maybe it’s time to start thinking differently.  What do you think? We’d love to hear your thoughts in the comments below.