2 Desktop Tools that can help you get stuff done

2 Desktop Tools that can help you get stuff done 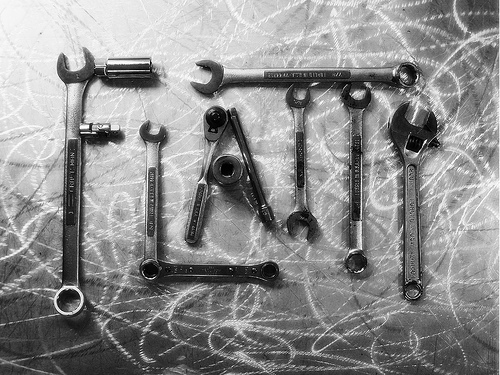 When your hard drive goes up in smoke you likely will end up losing some data, but you will also need to re-install all of those tools that you use to get stuff done.  The basics – Word, Excel, etc. are pretty straightforward, but if you’re like me, you’ve probably collected some more specialized applications that you’ve found just make life easier.

I thought I would share a couple of those here today – these are tools that I hadn’t really thought about using…until I didn’t have them (and then it becomes an issue!).

I’m sure there are a lot of uses for Screen Capture tools (basically taking a picture of what ever’s on your computer screen to share with others).  I use it when I’m updating presentations and potentially as illustrations for documents or blog posts.

As far as I know, there aren’t really any ‘standard’ applications that come with Windows (I’m sure the Mac people have something, because they have all of the cool stuff) but the good news is that there are a lot of interesting choices available and many of them are free.

If you’re looking for a good round-up of choices – this site has a good list of screen capture tools.  There’s a premium tool called Snag-it that I’ve used that is excellent, tons of functionality, easy to use, but it costs around $50 – give the free 30 day trial a shot if you think you need a really strong solution.

I also think Jing is really cool  but it’s a big solution when all you really want is a quick partial screen shot.

What I’ve ended up using is an older freeware application called MWSnap, it doesn’t ahave a lot of bells and whistles, but it works well, does what it says it will do and I’ve never had any technical issues (not necessarily true for some of the others that I’ve tried).

If you want a really comprehensive look at what’s out there, the team at Doakio have put together a very thorough article – 79 Screenshot articles compared

Another tool that I find myself using quite a bit is the ability to Print to PDF format.  A lot of times you’ll find a document online that you’d like to share or keep and there’s not a good quick way to save it (you could also cut and paste into a word document, but that can take a long time and usually doesn’t work very well).

Printing to PDF is done by an application that sets up as a printer option on your PC – when you choose to print something you select the Print To PDF application instead of your regular printer and you will end up creating a new PDF file.

I’ve now used a couple of different free applications for this – the first one is called PDF995 and is actually part of a suite of tools that can do a lot of really cool stuff that I never even knew was possible (like the ability to append and combine multiple PDF documents together).  The free version is the same as the paid version in terms of functionality you just have to deal with a sponsor page view every time you use it.  To upgrade to the ‘paid’ version only costs $9.95 (hence the name).

The other app I’ve used for this is called DoPDF, it’s simple, it’s small and it works as promised and does what you expect (and it’s free).  You can’t ask for much more than that.

What tools do you find to be really useful?  I’d love to get some more ideas on what’s out there, share your comments here.