Your Business Doesn’t Need a Purpose…or does it?

Your Business Doesn’t Need a Purpose…or does it? 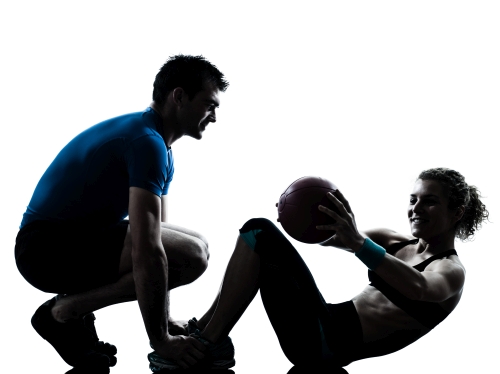 Business success is as simple as making more than you spend.

Stan is a business owner – he owns a fitness studio and has had some success over the last 7 years or so. He did a lot of research up front and found a great location in a part of town where people could afford his services and where they weren’t over saturated with competition.

He studied the industry and identified a lot of best practices that other fitness studios were using and implemented them in a very professional way. Since his background was in finance, he found a marketing company to help him pull together a simple marketing plan (one that looks a lot like some of the other larger gyms in town) and he was off to the races.

Stan is doing alright – his goal was to create a business that offered a service that people were willing to pay for and to be able to deliver that service for a reasonable payout. His growth has been steady…although fairly slow.

He has a high turnover rate for employees, but there are a lot of people who like the idea of being a trainer so he can hire new people at a fairly low cost. He’s constantly having to adjust his prices because of competition so his profit margins aren’t nearly what he hoped they would be…but he’s getting by.

On the brighter side of things, he’s invested in technology to keep his costs down. His early research on demographic trends and demand for fitness services has paid off. More people than ever are trying to be healthy and get in shape and he’s in a convenient location to take advantage of the trends.

Stan is operating a textbook MBA study on what it takes to build a business that’s at least moderately successful. He understands his financials, he has clear processes and systems to help him run the business and he has had some success with marketing.

Stan’s business is fine…but that doesn’t really explain why Stan is stressed out and miserable.

Bob is also a business owner – in fact he owns a fitness studio about 15 miles away from Stan. It’s not in the best neighborhood and it’s not nearly as polished as Stan’s shop. Bob doesn’t have a finance degree or an MBA. Bob’s degree is in Sports Medicine and Nutrition so he really knows his stuff when it comes to what his clients need if they want to get healthy…but he doesn’t really understand his financials, or marketing, or even how to create systems and automation.

In fact Bob’s employees would tell you he’s a mess when it comes to the business side of things, but they love working with him and in fact they’ve all been with him for years and wouldn’t consider working anywhere else.

Oh…and one other thing, after 6 years of being in business Bob is opening a second location and despite not having any real marketing and pricing his services at a premium relative to others in the area – his business is booming!

Bob hasn’t done most of the textbook things right (although he recently hired a business coach to help him with that…) but he’s been able to thrive and he loves coming to work every day.

Two business owners…in the same industry and even in the same marketplace but with vastly different results. One is getting by but every day feels like a grind with high turnover and a lot of negativity…the other one is having a blast, making very good money and having a real impact on his clients.

Maybe…but I think a better reason comes out when you think about how and why these businesses were started. Stan was looking for a business that could help him make money…end of story. Bob’s story is a little more complicated – the reason he majored in Sports Medicine to begin with is because he blew out his knee his senior year in high school which kept him from playing at the next level. He didn’t know anyone at the time who knew anything about the right way to train and decided early on that it was something he wanted to dedicate his life to helping others to avoid the problems he had.

Bob goes into work every day thinking about how he wants to get better at what he does – not because it will make him more marketable but because he knows that’s the best way to make an impact for his clients and future clients. His employees share his vision and they are equally dedicated to improving and they challenge themselves and each other all the time.

Stan, on the other hand, is always looking for angles, fads that he can take advantage of, ways to charge more and pay out less – his clients come and go but that’s not really his concern.

Who would you rather work with?

Once you pull back the curtains a bit, it’s not hard to understand where the success is coming from. If you’re a potential client for these two operations, which one would you rather work with? Stan is professional, his place is clean and his prices are lower…but Bob clearly understands your challenges, he’s been there and more importantly he genuinely wants to help you get better – which one would be more appealing to you?

What gets you up in the morning? Do you have a real purpose behind your business? Who are you serving and why? If you’re not sure about those answers, it’s likely that you’re struggling – is it time for a change? We’d love to hear your thoughts – share them in the comments below.