Your Business and the Circle of Life...

Your Business and the Circle of Life… 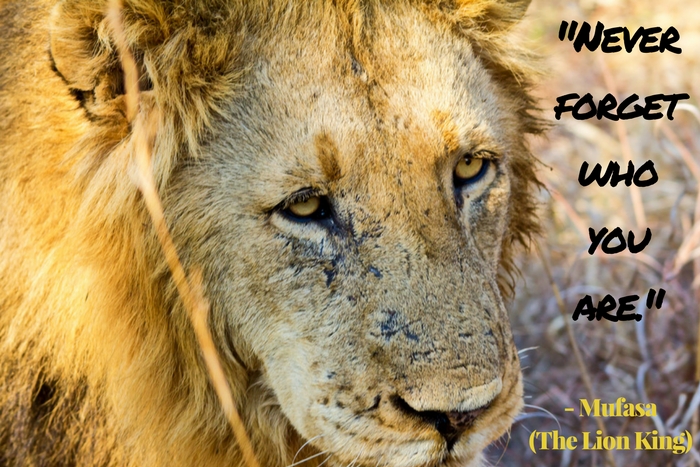 The Lion King. Released in 1994, it was Disney’s 32nd animated feature film.   You’ve probably seen it multiple times.   And thanks to the Culture House, my 10 yr. old niece (making her acting debut!), and over 80 other young actors, four capacity crowds were reminded this past weekend why The Lion King is also one of the top live musicals of all time.  It also answers why you may have bumped into someone singing “Hakuna Matata” this week. 😉

The Lion King is the story of Simba, son of Mufasa who is king of the Pride Lands.  Mufasa is the ultimate leader.  If you had to describe him, words like honesty, integrity, humble, caring, wise, and respect all rise to the top.   Under his leadership, the “Circle of Life” harmoniously cycles through his kingdom year after year.   Simba, the lion cub, loves his father but doesn’t always listen to him, and his curiosity gets him in trouble.   Then there is Scar, the jealous younger brother of Mufasa, who is willing to do anything to try taking over as ruler of the Pride Lands.

The story can have lots of different meanings.  The older one gets the deeper the meaning as you think about how we are all connected in The Circle of Life.   Though one vantage point I had never thought of before was just how much it parallels the challenges of a business during ownership transition, (except for the part about being trampled by a herd of Wildebeests – that doesn’t happen in business very often).

In the spirit of learning something from just about any source, here is today’s lesson: If your business will experience a transition in the next 3-5 years, here are a few observations from The Lion King to consider…..

Leadership is not acquired overnight and it’s not a part-time role.  Mufasa starts sharing lessons on leadership with his son Simba when he’s only a cub.   Everything about Mufasa projects the qualities of a strong leader.   He demonstrates integrity, loyalty, and truly respects every animal in the Pride Lands.   And…(spoiler) as we find out in the story, that includes his willingness to make the ultimate sacrifice.   Start developing your future leaders today so they are ready for tomorrow.  You never know when they may have to step in.

Have a succession plan in place.  Mufasa wanted his son, Simba to one day rule the Pride Lands.  But he didn’t know what he didn’t know.  Including the events that were about to unfold forcing Simba into the leadership role much sooner than he anticipated.  You may be planning to run your business for years, but unexpected events happen.   Have a plan in place in case they involve you.

Not everyone wants you to succeed or aligns with your values.   Don’t be fooled by the ‘Scars’ in your business.  Scar’s value system did not align at all with his brother Mufasa and it nearly wiped out the kingdom of Pride Land when he was ruling it.  Your business may not have people as evil as Scar, but left unaddressed any major shift in culture can be just as damaging.  Surround yourself with people who compliment your strengths and most importantly share the same values as you do.

Everyone needs a trusted advisor.   Mufasa’s trusted advisor was Rafiki, a mandrill.  Maybe not who you would expect, but don’t judge a book by its cover. 😉   Rafiki challenged Mufasa and ultimately Simba by asking questions that made them look inside themselves to find answers to questions and challenges rather than running from them.   Ultimately he helped Simba find the answers to the questions that allowed him to return to Pride Land and rule the kingdom as his father had before him.

“The past can hurt, but the way I see it you either run from it or learn from it”  Rafiki

So what about you what was your favorite takeaway from the Lion King?   Who was your favorite character?  What’s your favorite song?  As a side note with summer right around the corner consider checking out a play this summer put on by some younger aspiring actors.  You will be blown away by some of the young local talents!  I know a proud uncle that was!      As always, please share your comments in the space below.  Hakuna Matata!