Would you be ready for Expansion? (big growth…)

Would you be ready for Expansion? (big growth…) 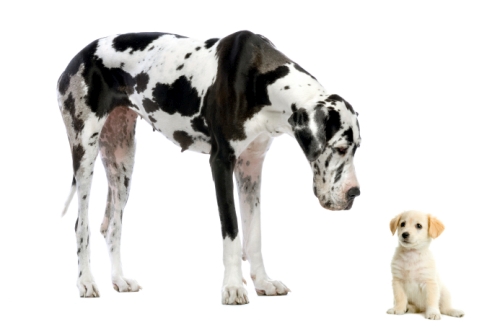 Are you ready for significant expansion in your business? What would the impact be? Would you thrive or would it put you over the edge?

I have a client who recently expanded to a 2nd location – in many ways doubling the size (or at least the capacity) of their business. It was a great, logical move for them – certainly not something they had to do, but when they looked at their business strategically…where they’ve been and where they want to go expansion made the most sense.

Side note – I’m using the word expansion to describe a significant jump in growth. Most businesses plan (or hope?) for linear growth – maybe 5% on the low end to 20% on the high end. Almost every business can imagine what it would take to grow 10% to 20% – maybe it’s adding a few employees but essentially the business just looks like a bigger version of what they had last year. Expansion on the other hand is a clear ‘jump’ where the business is significantly different next year than it was this year. That might mean adding a new location, a new product line, a new sales channel or maybe even a new kind of customer. Whatever the driver is, it’s much more of an impact than just growth.

Obviously different industries and different business owners will have different kinds of challenges when it comes to expansion – you might be dealing with new or different tax laws or regulations because of a new location or product line. You might end up in a new competitive space – going up against different companies than you’ve dealt with before. It’s not necessarily good or bad, just different.

However regardless of the type of business you run, here are 3 things that you will need to consider and deal with as you go into your expansion.

This one might seem obvious but often the emotional reality of spending all of that extra money overshadows what you put down on paper. It’s always going to hurt to write out big checks that you haven’t had to write before. If you’re expanding to a new location you’re going to have to pay for the space, the build out, signage, stuff to put into the space, etc. You can be careful with your money but it’s still going to be a shock to the system.

Best advice: spend a lot of time up front (before you commit) on conservatively estimating the costs. Have a 3rd party look them over and make sure you’re not missing anything…and then map out where that money is going to come from. Being able to follow a plan / budget and knowing that it was accounted for will help you weather the storm when you’re writing the checks.

If you’re ready for expansion, then congratulations…it’s because you’ve built a business that’s doing well. You have the right people in the right seats and you have a culture / brand that is actively helping your business. Expansion will require you to either spread your existing resources out and backfill with new, unproven people…or you could keep your existing team intact and hire a whole new team with the hope than you can repeat your success all over again. Either way you run a real risk that the expansion could cause you to lose the essence of what’s made you successful so far.

For my clients who are expanding, this has clearly been their biggest challenge – when you start to lose the spirit and feeling of the original business it can cause a lot of problems and many businesses can’t survive that kind of impact.

Best advice: Identify your best people, the ones who really show what your business is all about and build around them. You’ll need to cherry pick at least a few of those best people and move them to the expansion area – but go above and beyond to keep everyone connected and working together (a bigger team rather than multiple teams) and it should stabilize over time.

This is really a variation on the other two challenges. Unless you were running your business in a completely hands off fashion (which is very unlikely) than the expansion is going to challenge you to figure out where to spend your time. If you focus all of your efforts on the new area, it’s likely that your existing business is going to struggle. Conversely the expansion will never happen without a lot of hands on guidance.

Best Advice: You must have a true leadership team in place before you can consider this kind of expansion. That means having people that fully ‘get’ you and what you’ve built and they are capable (and allowed) to make big operational decisions without you around. Your leadership and management approach with the expansion will have to be much more hands off than it might have been before. Are you willing and able to let go enough to let someone else own the problems and the solutions?

Are you Ready to Expand?

There are lots of ways to grow your business – and certainly slow and steady annual growth is needed. You’ve got to be able to stabilize and show quality progress along the way. But if you want to get substantially bigger, then it’s likely at some point that you’ll need to expand in a different way – and you’ll need to be prepared to handle the challenges listed above…and more.  Are you ready?

If you’d ever like to brainstorm about what it might take to expand – give us a call. What do you think about expanding? Any big ideas that I missed on? Let us know in the comments below.