Key Lessons from The CEO Next Door

Key Lessons from The CEO Next Door 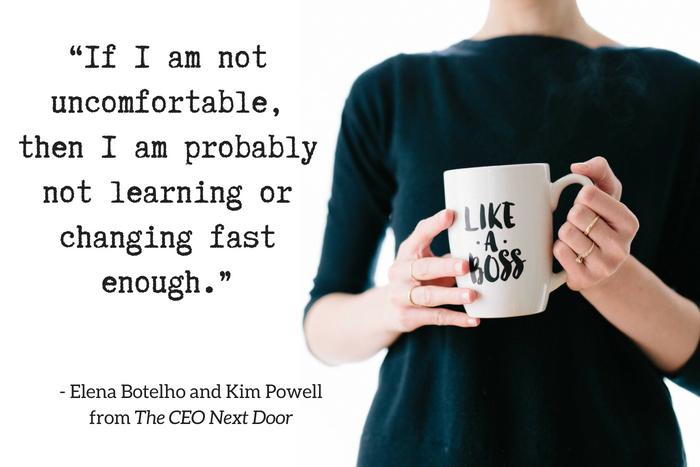 The CEO Next Door is a new book written by Elena Botelho, Kim Powell and Tahl Raz and unlike many leadership books, it’s based on a lot of hardcore research which leads to some interesting insights about what it takes to be an effective CEO / Business Leader.

Botelho and Powell have done an in-depth analysis of over 2600 leaders pulled from a database of over 17,000 CEOs and C-Suite executives.  What they discovered is that the stereotypical image of the successful CEO is mostly a myth.  Most of us imagine the CEO as a larger than life figure, probably an older, white male with an Ivy League degree who has borderline mystical leadership ‘powers’.  In fact, it turns out that successful CEOs come in all sorts of different packages and backgrounds.

The goal of the book is to figure out the key traits that power the most successful CEOs vs. everyone else and what you can do to incorporate those traits into your own leadership profile.  Because whether you want to become a CEO or just become a better leader, a focus on these traits are what will lead to your success.

What Separates the best CEOs from everyone else?

The authors and their teams created a project they called the CEO Genome by using in-depth assessments from over 17,000 leaders and additional follow-up research and interviews on 2600 CEOs.  The goal of all of this work was to identify the key behaviors and habits engaged by the most successful CEOs. Based on all of that research, they ended up with 4 behaviors that stood out well above the rest – Decisiveness, Adapting Boldly, Relentless Reliability, Engaging for Impact.

The 4 Behaviors that drive leadership success?

Decisiveness – It turns out that ‘Decisive’ CEOs are 12 times more likely to be rated as high performers.  Decisiveness is the ‘ability to make decisions with speed and conviction’.  Note that this behavior doesn’t indicate always making the right decision, that’s not possible for anyone, but what is important is making better decisions more quickly.

Some keys to making that happen include practicing making decisions quickly, making fewer decisions (by delegating authority down), and continually learning from decisions so that you improve.

Adapting Boldly – The research shows that CEOs who adapt boldly are 7 times more likely to be successful than those who wait for change to confront them.  Adapting boldly is all about proactively identifying changes and staying ahead of the marketplace.  The best leaders push themselves and their teams to be constantly innovating and never letting themselves become too comfortable.  Considering the pace of change in the world today – this trait is going to only become more important going forward.

To improve on this trait, it’s important to be exposed to lots of new information and ideas, including things that are outside of your industry.  Also consciously look for ways to shake things up, especially if it makes you uncomfortable.

Relentless Reliability – This one seems pretty obvious and straightforward, but just like common sense not being all that common, Reliability is often hard to come by.  According to the data, CEOs who are known for being reliable are 15 times more likely to be high performing (and twice as likely to get hired).  Relentless reliability is all about discipline, systems and accountability.  When it’s done right, everyone in the organization knows what’s expected of them and they are held accountable to those expectations.  Reliable leaders show up on time, follow-up consistently, follow through consistently and constantly communicate.

To improve, implement checklists and systems that will keep things on track and focus on a culture that sees failures as learning opportunities.

Engage for Impact – An effective CEO is a conductor of the organization rather than a lead player – which makes the skill of engaging all of the players effectively very important.  Engaging for impact requires a leader to lead with intent – make sure the players understand the vision and the why of what needs to be done.  It also requires them to understand all of the stakeholders and their specific needs… and to engage to those specific situations as much as possible. It’s also critical to be communicating the big picture and the vision to everyone at every turn.

Engaging requires you to be nice, but not too nice.  Successful leaders know how to stay in the middle of that zone where they can have the most impact.

Obviously these 4 behaviors aren’t easy to excel at – and the reality is that most leaders don’t (and probably can’t) excel at all 4 of them.  And different industries and situations will require some of these behaviors more than others (tech start-ups are all about adapting boldly while the CEO of a medical institution will likely be more focused on relentless reliability).  However, overall, these are the 4 behaviors that will help you to be more successful – and it makes sense to continually be aware of them and to improve on them as much as you can over the years.

Being a great CEO or a great leader isn’t about having a flawless resume (in fact you’re more likely to be hired if  you position your setbacks as genuine learning opportunities) or about what school you came from (more leaders in the study didn’t have a degree than those who came from the Ivy Leagues – 8% vs 7%).

The good news (and maybe the bad news) from this research is that the best leaders don’t fit some kind of preset expectation – instead they have worked hard to develop and master the 4 behaviors listed above.

Are you surprised that these 4 behaviors came out as the most important traits?  How do they fit for you?  We’d love to hear your thoughts – leave a comment below.